Ace BBC journalist John Humphrys broadcast classic myths about the European Union’s budget on Radio Four’s ‘Today’ programme yesterday. If he can get it wrong, is it any wonder that the British public is so confused?

At 8:35am on Friday 7 November, John interviewed European Commission spokesman, Jakub Adamowicz, about the EU’s demand for an extra £1.7b from the UK.

“The trouble is that people are terribly sceptical about any figures that come out of Brussels, aren’t they? Because you’ve never yet been able to balance your books in the European Union and the Commission, and we all kind of think they make it all up as they go along, really, and they just keep asking for more.”

“But the fact is that the auditors have never, as far as I can recall, correct me if I’m wrong, actually signed off the books and said ‘yep, fair enough, that’s accurate’. They won’t do it!”

And later into the interview John said:

His statements were completely inaccurate. The European Commission’s books are balanced. Independent auditors have passed and signed off the Commission’s accounts as accurate and have done so for every year of the recently ended EU accounting period of 2007-2013.

I have made a complaint to the BBC about this serious inaccuracy and hope that John will issue a correction.  He is usually a stickler for accurate reporting and I feel sure that he will want to set the record straight.

Here are the facts:

• The EU budget is always balanced, so there is no debt or deficit.

• The independent European Court of Auditors signed off the European Commission accounts every year for the entire 2007-2013 accounting period.

• The Auditors reported that the European Commission’s accounts were  legal, regular and reliable (i.e. accurate).

• The Auditors found that EU revenue was free of ‘material error’.

• The Auditors criticised the error rate of 4.7% of the 2013 Commission’s expenditure.  But this ‘error rate’ is specifically not fraud.  It relates to expenditure not strictly applied according to EU regulations.  Most errors took place at national level by EU member states rather than in Brussels.  The goal of the EU is to have an error rate of no more than 2%.

• The EU states that it “claws back” undue payments from the  projects or countries at fault.  This can bring the average error rate to below 2%.

• Over 95% of all EU expenditure is in line with the rules.

•  94% of the EU budget is actually spent in EU countries on policies and programmes that benefit citizens directly.

By comparison, fraud and error costs the UK Government more than £30bn every year. Fraud alone amounts to £20bn. Nearly £10bn goes missing as a result of administrative errors. Fraud and error losses in the UK are equivalent to more than five per cent of government receipts. This is worse than the EU accounts.

• UPDATE: Clarifications just received from the independent European Court of Auditors.  The Auditors confirm that they signed off EU 2013 accounts as reliable. Less than 5% of EU budget affected by error.

Clarifications by European Court of Auditors

Click the arrow to listen to the extracts from John Humphrys interview: 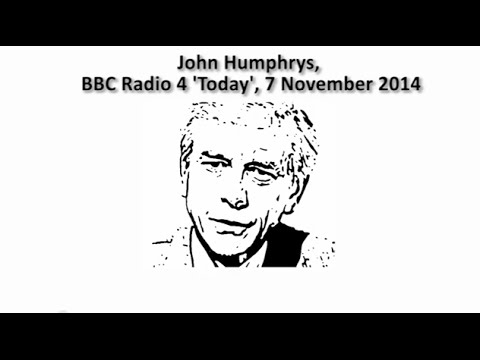 It’s the British media that needs auditing, by Jon Danzig

How some of the British media got it totally wrong about the auditing of the EU accounts  –  in-depth analysis by Jon Danzig, published by British Influence. Click to read: • Receipt from the BBC regarding my complaint about the inaccurate broadcast on the Radio 4 Today programme. If you also wish to complain, please click the graphic to go to BBC Complaints section.

BLOG: @BBCr4today @JohnHumphrysr4 got it wrong about #EU. Auditors sign the #EUBudget as accurate every year http://t.co/l4vkBRzHVu