Some of the media seem to be in a state of panic this week with the news that the number of foreign-born people living in Britain has reached 8 million, and net migration to the  UK has reached record levels.

So what’s the big deal here?

Not all those born abroad can be described as ‘foreigners’, contrary to the alarmist reports splashed in newspapers such as The Express, The Telegraph and the Daily Mail.

Actress Emma Watson was born in France. Mo Farrah, Olympic gold medallist for Britain, was born in Somalia. Actress Joanna Lumley was born in India. And the Queen’s husband, the Duke of Edinburgh, was born in Greece… to mention just a few.

In any case, why does it matter? Where we live is surely more important than where we’ve come from.

We have all arrived from a long ancestral journey that spanned the planet for tens of thousands of years. We are, actually, all descended from migrants.

But it’s not only the record number of foreign-born residents in Britain that has been targeted as ‘bad news’ by much of the media and many politicians this week. The word ‘migration’ now seems to have become toxic. So also presented as ‘bad news’ this week was the report that net migration to the country reached a new record high in the year to March 2014, with 330,000 more migrants coming to the UK than left.

This was reported as presenting a big headache for UK Prime Minister, David Cameron, because he had promised to bring down ‘net migration’ to tens of thousands from the current level of hundreds of thousands.

But why is migration here considered such a terrible thing? Instead, the record numbers of people wanting to come to Britain could be celebrated as a huge success story.

The fact is that most migrants come to Britain to work or study – and that’s primarily what they do. Most migrants who come to work in Britain are in gainful employment, making significant net contributions to our treasury and helping the British economy to thrive.

And those migrants coming here to study are contributing billions to the running costs of our colleges and universities – foreign revenue which those educational establishments very much need, and which the wider community also benefits from through extra spending by foreign students.

The reason so many migrants are currently coming here to work is because the British economy is doing so well compared to other European countries – resulting in many new vacancies being created which cannot simply be filled by those unfortunate to be registered as unemployed.

Benefit tourism? Where’s the evidence for that? The proportion of migrants claiming benefits is considerably lower than for British citizens. Three times the European Commission asked the British government for evidence of so-called ‘benefit tourism’ by EU migrants coming to work in the UK. Three times the British government failed to provide any.

Isn’t it a bit odd that people in Britain should consider migration here to be such a bad thing, when British people make fuller use of ‘free movement of people’ across Europe than any other EU nationality?

And another thing: many migrants quoted as coming to Britain were actually British people returning home from living abroad. How many newspapers reported that?

Rather than continually trying and failing to stem the flow of natural and legal migration here in pursuit of jobs and studies, wouldn’t it be more cost effective for the government to invest considerably more in our infrastructure, such as homes, schools and hospitals? In that way, the residents of Great Britain – of whatever nationality – could be properly accommodated, allowing them to get on with what most of us want to do: work or study.

When I ask racists if they believe the descendants of immigrants should ‘go home’, they invariably reply, ‘Yes’. Watch the video to hear my withering response. (1 minute): 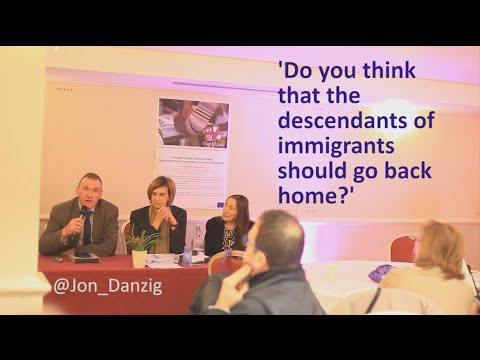 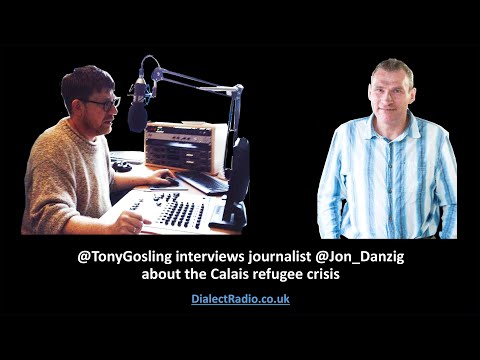 10 Responses to Why is Britain so against migration?