Boris Johnson’s keynote speech at the Conservatives annual conference was most remarkable and shocking for what he didn’t mention.

▪ No mention of drivers having to queue up for petrol, necessitating the army to help.

But he did say, “Isn’t it amazing to be here in person?”

▪ No mention that the cost of heating is about to soar, leaving many vulnerable people cold this winter.

But he did say, “We finally sent the corduroyed communist cosmonaut into orbit where he belongs”. (He was referring to Jeremy Corbyn.)

▪ No mention that with food prices rising and supermarket shelves increasingly empty, many people will struggle to feed themselves.

But he did say, “In Islington – I kid you not I have seen it with my own eyes – they like kids to run races where nobody actually wins.”

▪ No mention that shortage of workers, caused directly by Brexit and compounded by Covid, means many businesses can’t function and shopping for Christmas won’t be early this year; it might not happen at all.

But he did say that Keir Starmer looked like, “a seriously rattled bus conductor pushed this way and that by a Corbynista mob of Sellotape-spectacled sans-culottes.”

▪ No mention that because of Brexit, British farmers are having to destroy huge amounts of unpicked fruit and veg and cull tens of thousands of pigs because EU workers can’t easily come here anymore.

But he did say, “I know that there has been a certain raucus squaukus from the anti-aukus caucus.”

▪ No mention that on the island of Ireland, there is dire concern that the UK government is poised to suspend parts of the Northern Ireland protocol that prevents tensions between the north and south.

But he did say, “If Columbus had listened to captain hindsight he’d be famous for having discovered Tenerife.”

▪ No mention of the dramatic fall in UK exports to the EU, or the customs barriers about to be erected for imports coming to the UK, all because of Brexit.

But he did say, “Build back burger I say.”

Mr Johnson promised his Tory faithful – and the country at large – that Britain would become a:

That will be achieved, he said, with low migration.

▪ No mention that Britain needs migrants because the country has more jobs than Britons to do them – primarily because we have a low birth rate and a rapidly growing older population.

▪ No mention of how businesses and organisations such as the NHS will find enough workers without more migrant labour.

▪ No mention of how Britain will transform itself into a high-skilled, high-wage country without huge investment in training of the British workforce.

▪ No mention of what’s going to happen to the low-skilled, low-paid workers in Britain. Are they just supposed to disappear in the new Britain of high-skilled, high-paid workers?

▪ No mention of how Tory plans to increase the tax burden of the least well-off fits in with a “low tax economy.” Or is it just low tax for the rich?

▪ No mention that a low birth rate, and low migration, will unavoidably result in the country having a smaller population. Is that the goal – population control?

Mr Johnson and his Tories are living in their delusional bubble, insulated from the problems the rest of us have to cope with; problems which the government helped to create. 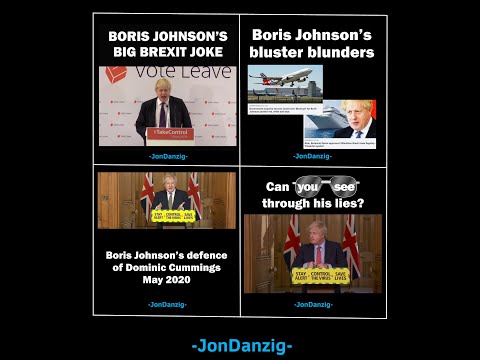