The Queen has issued a formal complaint against The Sun newspaper’s claim that she supports Brexit.

Last week The Sun ran a front-page ‘exclusive’ claiming that, ‘the Queen has been hailed as a supporter of Brexit’.

According to the Sun’s version of events, ‘Her majesty let rip’ during a lunch at Windsor Castle with the then deputy prime minister and Lib-Dem leader, Nick Clegg.

It’s reported that the event took place in 2011 during the coalition government between the Conservatives and Lib-Dems.

‘The 89-year-old monarch firmly told passionate pro-European Mr Clegg that she believed the EU was heading in the wrong direction. Her stinging reprimand went on for “quite a while”, leaving other guests around the table stunned.’

And The Sun added,

‘Brexit-backing Tory MPs are already leaping on The Sun’s revelations as a strong sign the Queen is secretly on the side of Leave ahead of the landmark EU referendum on June 23.’

‘The reason we all sing God Save The Queen so heartily is because we always believe she is there to protect us from European encroachment.’

Former Lib-Dem leader, Nick Clegg, has  complained that he had no recollection of the conversation ever taking place.

Buckingham Palace officials confirmed that the Queen is neutral on matters of politics, and that she disputes The Sun’s version of events.

In modern times the Queen cannot throw the Editor of the Sun, Tony Gallagher, or indeed, The Sun’s owner, Rupert Murdoch, into the Tower of London, although maybe she’d like to.

So instead, The Queen  is making a complaint to IPSO, the ‘Independent Press Standards Organisation.’

Although, I would hardly call IPSO independent – it’s owned, and mostly run, by the press: the very people who would want to protect their industry, rather than uphold complaints against it.

The Queen is complaining to IPSO under clause 1 of their ethics code called, The Editors Code of Practice, which deals specifically with inaccurate stories in the newspapers. However, it should be noted that the chairman of the Editors Code of Practice is none other than Paul Dacre, editor of the Daily Mail – who just attended the wedding of Rupert Murdoch, owner of The Sun.

The Sun says it stands by its story that the Queen supports Britain’s withdrawal from the EU, and that it has impeccable sources and will “defend this complaint vigorously”.

I don’t have confidence that the press watchdog – mostly run by the press – will adequately investigate or adjudicate on the Queen’s complaint.  Let’s see.. I would hope to be surprised and proved wrong, as for sure, we do need a proper press regulator. (See my video below: why I won’t use IPSO)

In the meantime, although we don’t know for sure what the Queen said in private, we do know what she said in public.  Last June, speaking in Germany, the Queen talked about Britain’s relationship with the rest of Europe.

(That’s four years after her disputed comments in private that the EU was ‘heading in the wrong direction’).

Speaking with her Greek husband by her side, the Queen at least hinted that she supports the UK’s continued membership of the European Union.  The Queen spoke in front of an audience of 700 dignitaries in Berlin, including British Prime Minister, David Cameron, and German Chancellor, Angela Merkel.

“The United Kingdom has always been closely involved in its continent. Even when our main focus was elsewhere in the world, our people played a key part in Europe.”

“In our lives, Mr President, we have seen the worst but also the best of our continent. We have witnessed how quickly things can change for the better. But we know that we must work hard to maintain the benefits of the post-war world.

“We know that division in Europe is dangerous and that we must guard against it in the West as well as in the East of our continent. That remains a common endeavour.”

Observed The Guardian at the time:

‘As she spoke, Angela Merkel, the German chancellor who sat at the Queen’s table in Berlin’s Schloss Bellevue along with her husband Joachim Sauer, nodded vigorously, a gesture that did not go unnoticed among observers.’

She also mentioned the 17th-century Scottish publican Richard Cant, who moved his family to Pomerania.

“His son moved further east to Memel and his grandson then moved south to Königsberg, where Richard’s great-grandson, Immanuel Kant, was born,” said the Queen.

The German media were very supportive of the Queen’s visit. The Bild mass daily described her as “the secret weapon of British diplomacy” on a visit to “remind everyone of how poor Europe would be without the UK”.

And the Handelsblatt business daily commented:

‘Every gesture, every word of the queen in the coming days has meaning, for Germany, Britain, Europe. It is the politics of the apolitical.’

‘The Queen hints at desire for Britain to remain in European Union.’ 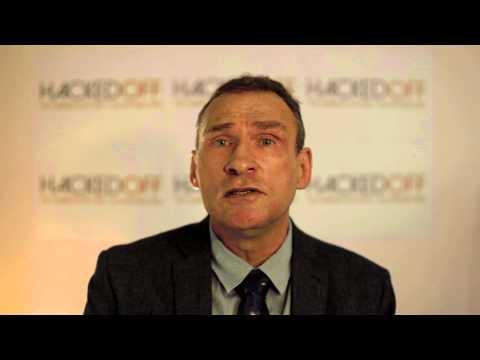 What the #Queen really said about #Europe (official version) My blog; her #Majesty’s speech: https://t.co/e9KdgJ9p3i pic.twitter.com/gBbBycLtwc