But in the 2016 EU referendum, the democratic wishes of Scotland and Northern Ireland were ignored by the UK government, splitting the United Kingdom in two.

Similarly, Gibraltar – a British Overseas Territory which also had a vote in the EU referendum and chose by 96% to Remain in the EU – saw their objections to Brexit ignored.

That’s because it’s only the DUP that’s keeping the Tories in power, following last year’s general election, in which the Conservatives saw their majority wiped out.

But even though she lost her mandate entirely, she’s still going ahead with her hard Brexit plans, as if the general election had never taken place.

The European Commission is the servant of the EU, and not its master. The European Parliament elects the Commission President, must democratically approve each Commissioner, and has the power to dismiss the entire Commission.

(If that isn’t democratic, I don’t know what is.)

Furthermore, there is nothing undemocratic about having another vote. That’s precisely what democracy is about.

None of this was undemocratic. It was democracy at work.

Does anyone really think that the citizens of Ireland, or Denmark, both proud and independent peoples, could be ‘forced’ to vote in a way they didn’t want?

Unlike in the UK, under Belgium’s constitution, regional parliaments such as the one governing Wallonia, must give their unanimous agreement before Belgium, as an EU member state, can give its consent to any EU Treaty.

During 2016, whilst the parliaments of Belgium and all the other EU countries were democratically considering Ceta, the UK’s international trade secretary, Liam Fox, had to apologise to MPs for not allowing our Parliament to have a debate on the Ceta deal.

Contrast Belgium’s system of compulsory voting with what happened in Britain’s referendum, where around 20 million people who could vote, didn’t vote. 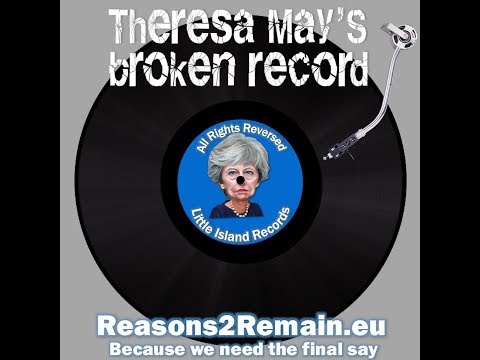 As @Jon_Danzig writes in his blog today, ‘If the UK was run on the same democratic principles as the #EU, then we couldn't do #Brexit without the agreement of England, Wales, Scotland and Northern Ireland.’ Please widely share his in-depth report #FinalSay https://t.co/Mw8y3Va7K7