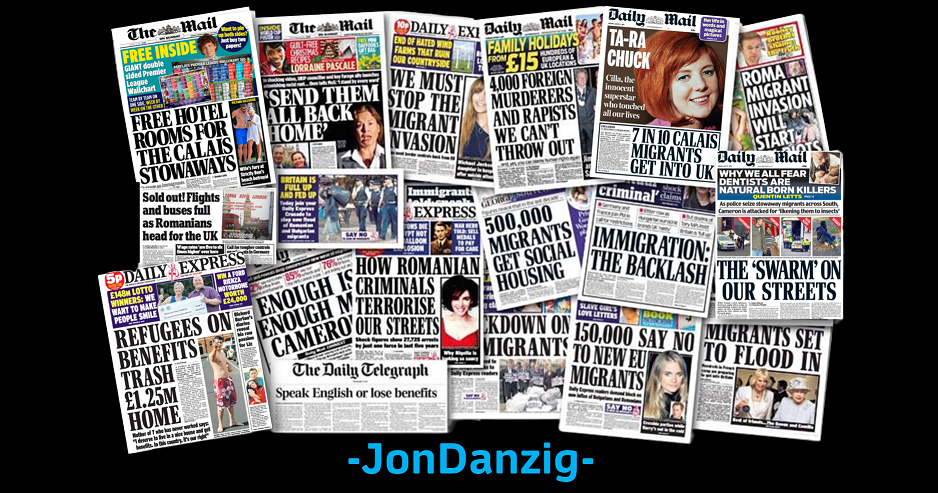 Prince Harry, Sir Elton John and Liz Hurley are among a group of celebrities suing the Daily Mail publishers, Associated Newspapers, for what they describe as “abhorrent criminal activity”.

Their legal action claims they have “compelling and highly distressing evidence” that they have been “victims” of  “gross breaches of privacy by Associated Newspapers”.

The group allege that the Daily Mail publishers:

The Daily Mail’s publishers have denied all the allegations by Elton John and others. But whether true or not, these allegations do not surprise me. For many years, Daily Mail journalists have used underhand techniques to ensure Britain left the EU.

In the years leading up to the EU referendum, and since, the Daily Mail has published a daily deluge of stories that spread hatred of migrants and the EU. Mostly, that is down to Paul Dacre, who for 26 years was the Daily Mail’s editor, until 2018. He is now Editor-in-Chief of the Daily Mail’s parent company, DMG.

Commented David Yelland, the former editor of The Sun, “Without Dacre there would be no Brexit.” He added, “By the way, he’s very proud of that, although he’d never say that publicly.”

The Daily Mail, the Daily Express, and some other popular newspapers, were primarily responsible for Brexit. That is something we need to take on board.

In the year before the referendum, I gave a speech at an international media conference in Germany, on how newspaper lies promoted xenophobia in Britain. I quoted the Daily Mail more than any other newspaper as being guilty of this.

The following year, Britain voted for Brexit, citing ‘too many migrants’ as one of the main reasons. There is a connection.

Knowledge is our best defence, and attack, against the lies that led to Brexit. If you agree, pass it on.