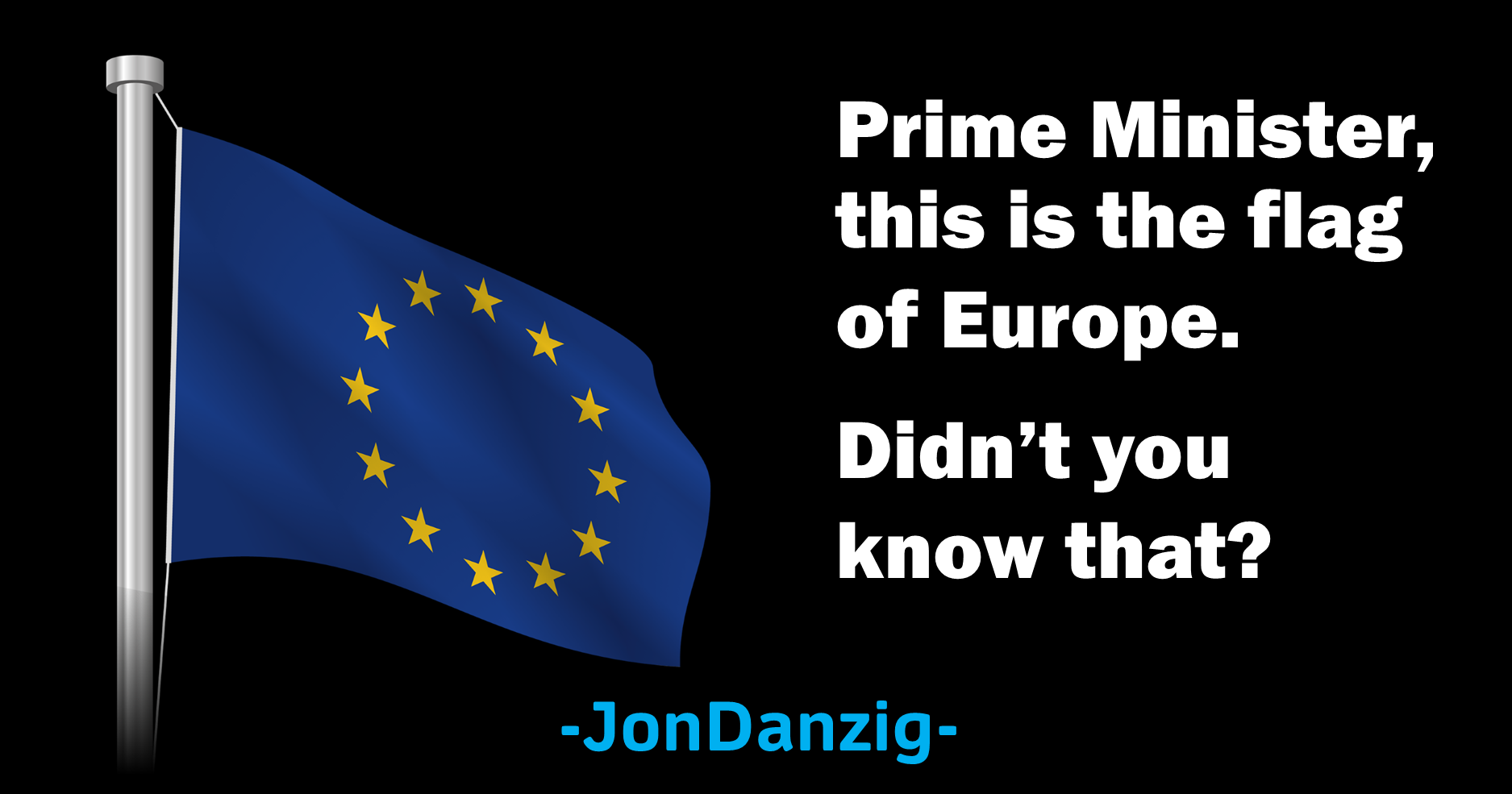 New British Prime Minister, Liz Truss, demanded that ‘no EU flags’ should be shown at the Prague meeting of European leaders on Thursday 6 October 2022.

EU news website EURACTIV reported that the flags were kept away from the inaugural European Political Community summit at the demand of Ms Truss and the UK delegation.

The Independent reported: ‘The British government and its Tory MPs are sensitive to any suggestion that Britain could be engaging with EU political institutions – which they spent years trying to take Britain out of.’

But the blue flag with 12 yellow stars is not the EU flag – it’s the flag of Europe. Doesn’t the British Prime Minister know this? Yes, the EU has adopted and uses the flag, but it is first and foremost the flag of all of Europe, accepted by every European country, except Belarus and Russia (and now, it seems, Britain too).

The flag is an official symbol of the Council of Europe, the continent’s leading human rights organisation, which is nothing to do with the European Union.

The Council’s membership includes 46 European countries, 27 of which are also members of the European Union.

So, Ms Truss, get this straight: this is the flag of ALL of Europe, and not just the EU.

NOTE: If Britain leaves the European Convention on Human Rights – as desired by new Home Secretary, Suella Braverman – then the UK could no longer be a member of the Council of Europe, alongside Russia and Belarus.