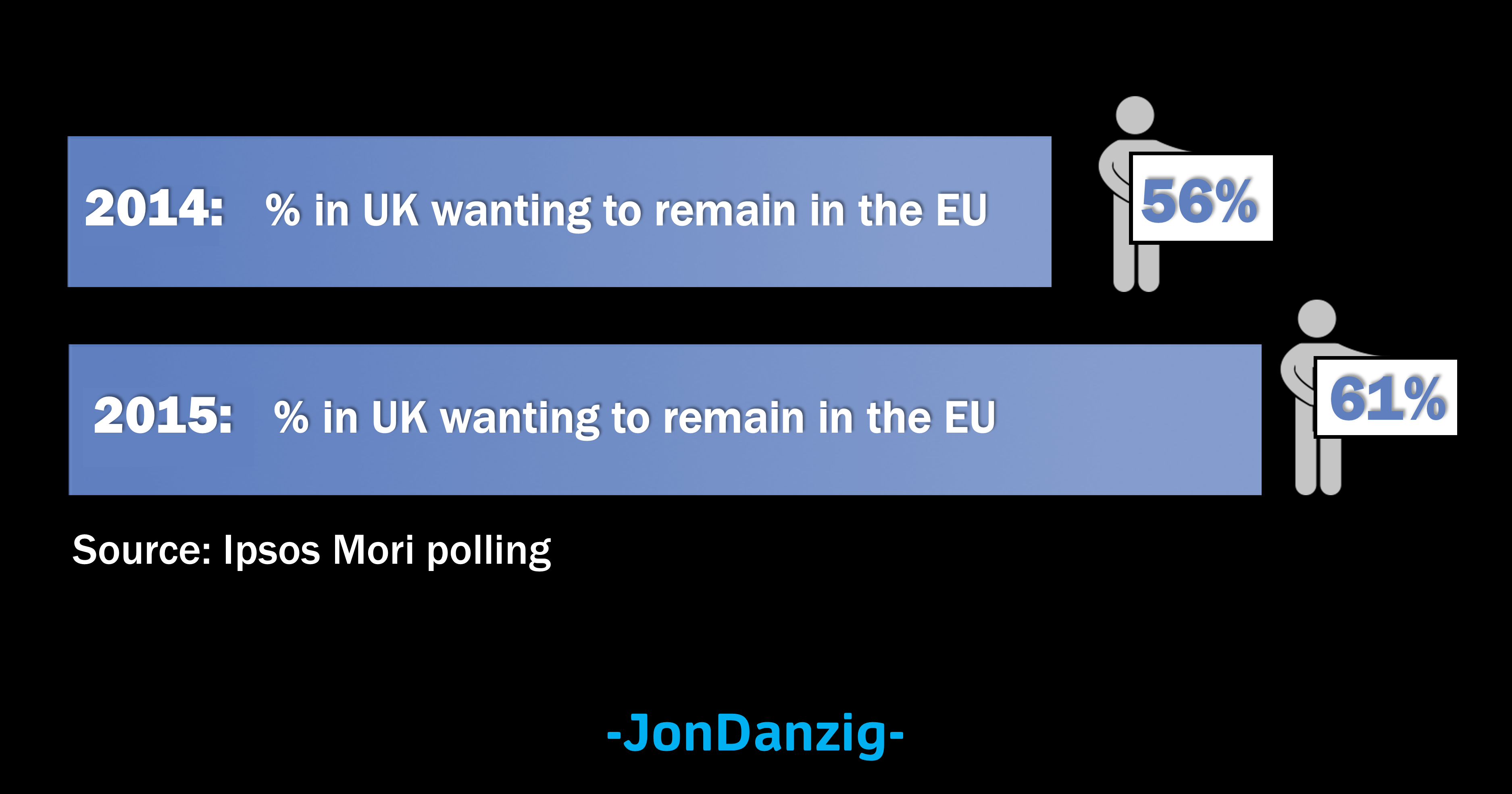 For most of the UK’s five decades as a member of the European Union, Britain didn’t want to leave. On the contrary, most Brits wanted us to stay.

Since we joined the European Community in 1973 right up to 2016, at every general election, all the main parties wanted us to stay in the EU, with just one exception.

Just two years before the referendum, in 2014,  Ipsos UK polling showed that Britain’s support for wanting to remain in the EU was the highest it had been in 23 years – 56% in favour of remain, just 36% for leave, as reported at the time by The Guardian.

A year later, in 2015, the Ipsos poll showed that support for continued EU membership was even higher – a staggering 61% in support of remaining, with just 27% supporting leave, as reported by The Independent.

Eventually, truth will prevail. It usually does.

It’s becoming increasingly, painfully, and shockingly obvious that Brexit cannot deliver its promised land, and that Britain – and Britons – were better off being in the EU.

Why Brexit is an aberration | On International Women’s Day, remember the words of Hannah Arendt | The day England turned blue | Britain is naturally a pro-EU country | A low turnout today will favour Farage |