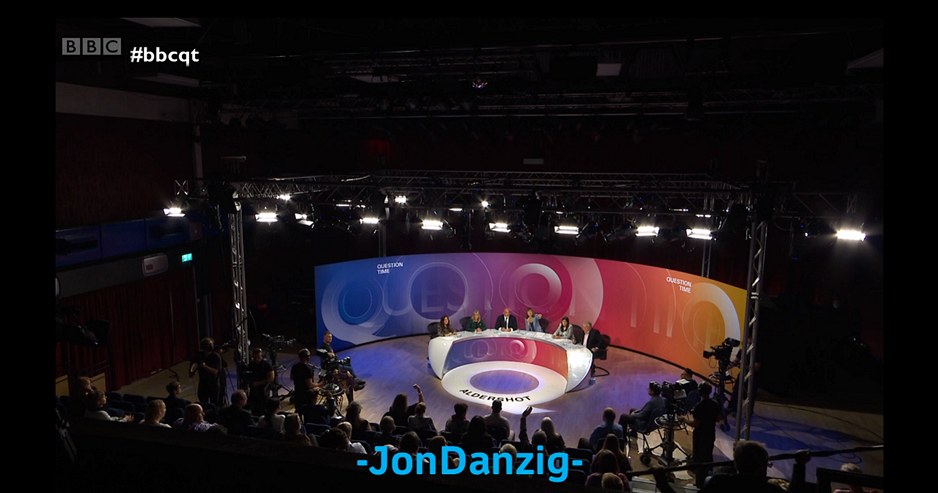 “The majority of you voted FOR Brexit in this audience.”

“We select this audience very carefully to be representative”.

Her response came after a comment from a member of the audience who said:

“We’ve got a lack of foreign workers which is why we’ve got these shortages.”

Assuming him to be a Remainer, Ms Bruce responded in a rather alarmed way. She tried to say that she wanted to hear from members of the audience who had voted for Brexit.

She then turned to the audience member to say:

It seemed an odd response. She didn’t even ask the Leave voter why he had apparently changed his mind.

You can watch and read about what happened by clicking a link:

I sent an email to BBC Question Time to query how they select their audiences “very carefully to be representative”.

‘Can you please provide me with information on how the audience is selected insofar as the referendum result was concerned?

‘Does the audience selection vary according to the town being visited, or is it based on national statistics?’

I sent the BBC three questions specifically about audience selection insofar as it relates to Brexit.

The BBC promised to send me their reply by my deadline, on Wednesday 13 October. When nothing came, I chased them.

Yesterday morning I got this reply from a ‘BBC spokesperson’:

“Question Time always selects its audiences to reflect recent voting trends and the current political picture of the nation it is broadcasting from.

“Those trends differ across the UK and we aim to reflect those differences.”

I immediately wrote back:

‘The quote does not answer the three specific questions I have asked or provide any detail as to how the BBC selects its audiences.

‘Can you offer a more detailed quote, or is that it?

‘I don’t think my readers will be impressed by such a short response to my detailed questions.’

But answer came there none.

They may be called BBC Question Time, but they don’t like to answer questions.

Even though, as licence payers, we do deserve answers, don’t you think?

If you are in a Question Time audience one day, maybe you can ask my questions for me.

But be sure to record what happens on your mobile phone, because the chances are that your questions would be edited out of programme. 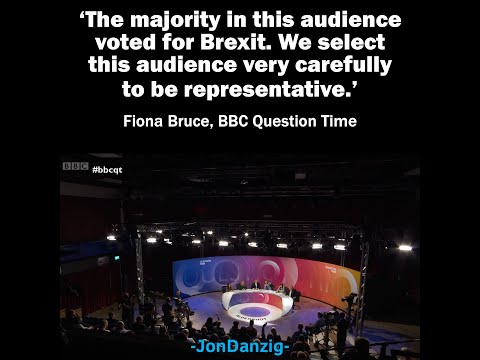