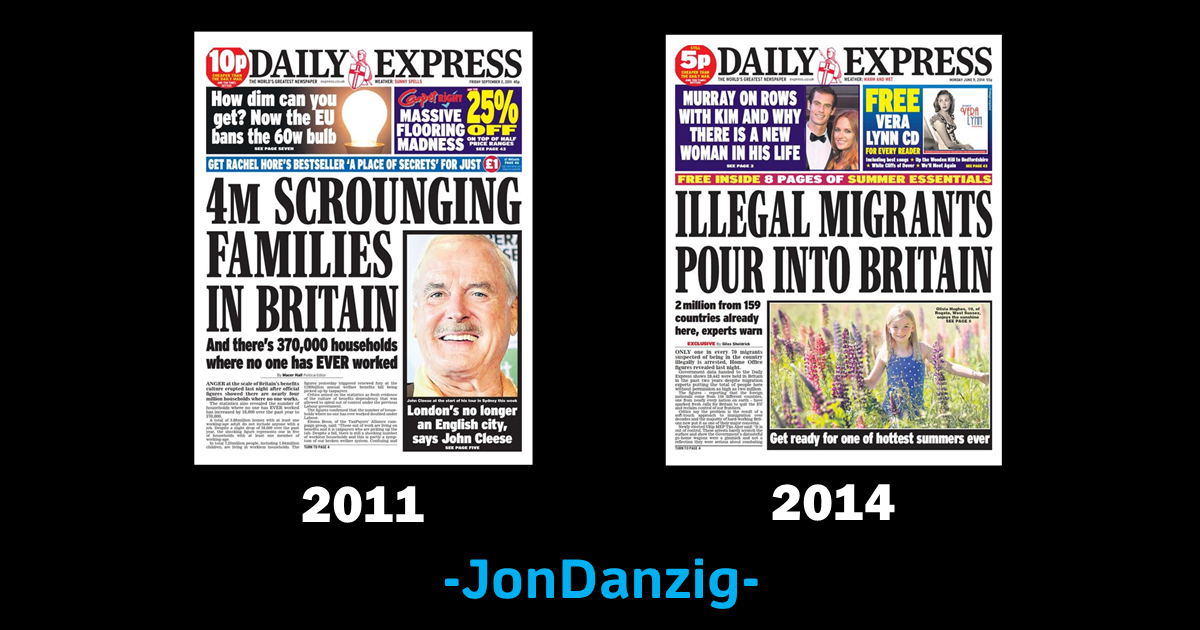 Brexit used to sit on the far side lines of politics.

Indeed, the word ‘Brexit’ was only invented in 2012, and until the referendum, most people didn’t know what it meant.

But that all changed.

An in-depth study by the Migration Observatory showed that:

Furthermore, when the press explicitly described immigrants and migrants during 2006-2015, 3 out of 10 times it was with the word ‘illegal’.

In 2004, when the Labour government permitted migrants to come here from new EU member states (formerly hidden behind the ‘Iron Curtain’) they were welcome.

It wasn’t until after the Tories won the 2010 general election, and severe austerity measures were imposed, that some tabloid newspapers, and some politicians, started to heavily scapegoat migrants as the cause.

But even then, Britain’s membership of the EU was not a majority interest subject.

Some on the fringes of the Conservative and Labour Parties thought Britain should leave the EU, but they were small in number.

We’d been members for around 40 years, and it was not a big deal.

Polling consistently showed that most people in the UK supported our continued membership, even in the year before the referendum.

Since 2016, however, Brexit is on the news every day. The word has become mainstream, not just in Britain, but across the world.

How did it happen?

It started when leading politicians, who should have known better, got scared of a little Eurosceptic party called UKIP, which promoted a fear and dislike of migrants, and blamed the EU.

UKIP was considered a threat to the mainstream of politics and so everybody started talking their language of fear.

Slowly and surely, the new language allowed migrants and foreigners to be blamed for our problems, with leaving the EU presented as the solution.

It was the start of the rot. It led us directly to Brexit.

There was no rational reason to fear migrants. But senior politicians in both the Conservative and Labour Parties began to be fearful of UKIP.

Instead of bucking the UKIP trend, they fell for it; they unwisely helped to promote and prolong it, along with most British newspapers, also guilty of inciting UKIP’s message of xenophobia.

So, when in 2014 the then Shadow Home Secretary, Labour’s Yvette Cooper, said in a speech in London:

When also in 2014, Rachel Reeves, Labour’s then shadow works and pensions secretary, wrote in an article for the Daily Mail:

When Kelly Tolhurst, the Conservative MP, who won the 2014 by-election in the Rochester and Strood, wrote in her campaign literature:

“I want to show the Prime Minister that although there isn’t a problem of uncontrolled immigration in this area, uncontrolled UKIP could hurt us.”

(Because how could there be a problem of ‘uncontrolled migration’ in Rochester and Strood? It has a lower-than-average immigrant population than the national, and even regional, level. Its population is 87 per cent white British.)

The then Prime Minister, David Cameron (remember him?) also followed the same line. He said to the electorate:

What I think he really meant was:

“You know I am worried about UKIP.”

So worried, that he called for a referendum on Britain’s membership of the EU that he didn’t have to call.

It was all because of an irrational fear of UKIP and their irrational language of fear.

(Repeat: Previously hardly anyone in Britain was concerned about Britain’s EU membership – it was a minority issue on the far fringes of politics.)

In the same year, Nigel Farage, the then leader of UKIP, told The Telegraph:

It was nonsense of course.

Britons didn’t have a serious problem of migration before the likes of Nigel Farage told them they did.

If you look at a 2014 map of where UKIP had the highest support, it was mostly in the areas of Britain with the least migration.

And conversely, in the areas with lots of migrants, UKIP mostly had the least support.

The foreign-born of Britain only represent around 12% of the population – that’s a normal proportion for most modern, thriving western democracies.

Even among those 12% of foreign-born are many considered to be British, such as Boris Johnson, born in New York, and Joanna Lumley, born in India.

And citizens from the rest of the EU living in the UK represented only 5% of the population – that’s small and hardly ‘mass migration.’

A few weeks after the 2016 referendum result, the then Tory MP, Oliver Letwin, said that British politicians “made a terrible mistake” in failing to take on the argument about immigration, the argument spread by UKIP.

He told The Times:

“We all, the Labour party and the Conservative Party alike … made a terrible mistake, which was not to take on the argument about migration.”

He added that UKIP exploited the failure of mainstream politicians to “put the counter-argument” that “migration enriches the country in every way.”

‘The enemy is fear. We think it is hate, but it is really fear.’

Our main political parties and national newspapers could have saved us from an irrational fear of migrants that led directly to Brexit.

Instead, they pandered to UKIP and promoted the fear.

And now the fear has won, and it is still being encouraged by politicians and papers.

Somehow, facts need to win over fear. And until that happens, Britain is on a dangerous and debilitating path. 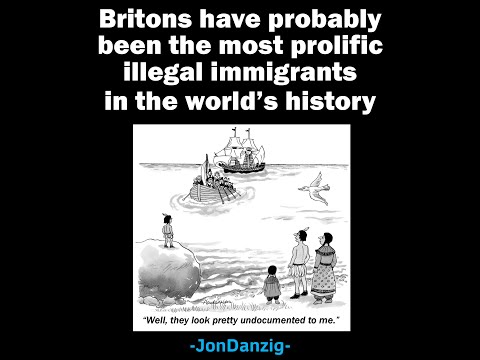