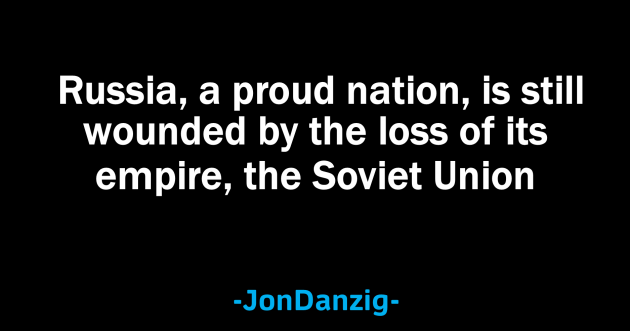 After the EU referendum, many of us were suspicious about the role of Russia in clinching the narrow ‘win’ for Brexit.

Evidence was mounting that there had been deep involvement and interference by Russian ‘agents’ whose aim was to destabilise the EU by enabling Britain’s departure from it.

It was no secret that Russia’s Prime Minister/President, Putin, held a long-term simmering resentment about the end of Russia’s ‘empire’ that spanned a huge expanse of Europe.

“the collapse of the Soviet Union was a major geopolitical disaster”

A year after the EU referendum, in November 2017, I penned an article called, ‘Back to the USSR?’

I asked then whether the choice may come down to this:

It had been clear for a long time that Russia had been using techniques to destabilise the European Union.

It was becoming clearer that a win for ‘Leave’ was all part of that agenda.

On 14 November 2017, The Guardian’s front page led with the headline:

‘Concern about Russian influence in British politics has intensified as it emerged that more than 400 fake Twitter accounts believed to be run from St Petersburg published posts about Brexit.’

The next day, on 15 November 2017, The Times and The Sunday Times ran a front page with a different, but equally shocking claim, about Russia’s meddling with Britain’s referendum:

Research by data scientists at Swansea University and the University of California in Berkeley, had claimed that more than 150,000 accounts based in Russia switched their attention to Brexit in the days leading up to the referendum vote.

The Times said that most of the Tweets they had investigated:

‘encouraged people to vote for Brexit, an outcome which Russia would have regarded as destabilising for the European Union.’

At the time, Tory MP, Damian Collins, then chair of the Digital, Culture, Media and Sport Select Committee, commented:

“The content published and promoted by these accounts is clearly designed to increase tensions throughout the country and undermine our democratic process.

“I fear that this may well be just the tip of the iceberg.”

The Russian government strongly denied that it interfered with the EU referendum.

President Putin said after referendum vote, “We closely followed the voting but never interfered or sought to influence it.”

But there was little doubt that many in the Moscow hierarchy welcomed the Brexit outcome.

And remember, Putin also recently lied about Russia having no plans or intentions to invade Ukraine.

Nothing he says can be trusted (unfortunately, that’s also the case with the utterances of our own Prime Minister, Boris Johnson).

Commented The Guardian about the claims that Russia had interfered in the referendum:

Immediately after the referendum, the former US ambassador to Russia, Michael McFaul, said Britain’s vote to leave the EU was:

Dennis McShane, a former Minister for Europe and Labour MP commented after the referendum:

‘The Russian president told Bloomberg in September 2016 that Brexit would lead to a smaller EU.

‘Putin has always resented having to deal with the EU and insisted that only bilateral relations mattered for Russia.’

Here’s an extract of what I wrote back in 2017 – because with Russia now attempting to brutally usurp Ukraine, and with other democratic European countries possibly now in its gunsights, my words of five years ago may make more sense today.

▪ DATELINE 2017: So, here’s the bottom line. Russia, a proud nation, is still wounded by the loss of its empire, the Soviet Union.

Last June [2016], Russia sent 2,500 troops to its border near Latvia and Estonia, making the people of those countries fear that their giant neighbour is planning conflict and annexation.

Newsweek reported at the time:

‘Concern has been mounting for years among some European officials over whether Russia could strike the Baltics following its annexation of Crimea from Ukraine in 2014.’

Russia has formally denied it would ever attack a member of NATO, which the three Baltic countries of Latvia, Lithuania and Estonia are.

But the promises of Moscow diplomats have done little to assuage worries in the former Soviet Union states that are now established members of the EU.

Last month [October 2017] Der Spiegel magazine reported on a leaked NATO report that it would be unable to repel a Russian attack on its Eastern European members.

Back to the USSR? | Boris Johnson: A dangerous clown | EU referendum broke ‘rules’ set by former Brexit secretary | The news changed and we got Brexit | What they want: The end of the EU |